Uber – the controversially welcomed service. As of today Uber operates in many cities scattered among different countries and with this tricky substitute to cabs has been either loved or despised by citizens. The same goes for London, at the bottom line, is Uber a convinient means of transport or a fraud?

How does Uber work? 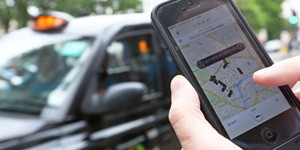 What Uber offers Londoners is an almost contactless service, convenient and easy to track. The magic consists in downloading an app for your Android or iOS device. You then open it and immediately see Uber’s cars around you, their drivers, the car’s model, registration number and so on. You can easily choose a car that’s close to you, set a meeting point different than you current one, track how close Uber is and when it’s arriving and with more than 3000 Uber cars in London circling, especially in the center of the capital, it takes minutes to get one.

What is usually pointed out as a downside to Uber is safety. There is no denying – there have been some problems in other countries and still Uber cars remain circling London unmarked by any sticker of the company which frankly makes most customers hesitant when it comes to actually getting in the cab. That’s why Uber has established communication trough their app and has provided photos of every single driver and legal registrations of  all cars and for most people that is more than enough. But since Uber’s drivers are not exactly cab drivers, they are using their own cars working on way more liberal conditions there’s always a corner in your mind saved for doubt.

And what might be a disadvantage too is the cars themselves. When bought, they haven’t been picked with the intent of becoming cabs and it’s not guaranteed that the driver’s taste has picked out a car you feel comfortable in. Yet I guess you can choose what’s you cup of tea is early on from the app. 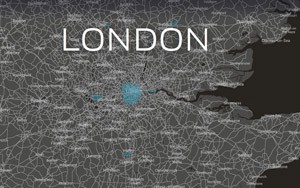 Another specific thing about Uber is that you cannot prebook. The system works in such a way that fast service and low prices are provided by you seeing a cab and catching it, only you do it online. And that’s how price is lowered. Taximeters are those things which double your bill every 2 minutes at night just because you are in the car and add an extra £10-20-30 when your cab has come a long way or has waited for you a bit more. With Uber all these costs are avoided and that’s what has made it such a known name – you get in the cab, choose your route on the GPS system and at the end pay for this route, that’s all.

Why is Uber disliked?

The question is, if it’s possible to operate in such an easy way and lower prices that much, why hasn’t it been established so far as a way of transport? What London’s cab drivers are angry about is exactly this- it might be easy, yes, but technically even though all operators, including Uber, must be registered as a Private Hire Mini Cab, it seems that there might be a loophole Uber is using to avoid taxes, licenced drivers and everything else which would force them to charge more in order to survive.

You know now what Uber is and why it is so controversial. It is convenient, way cheaper and usually way faster than cabs in London but at the same time it is less legitimate, not 100% safe and indeed not vary fair to all other companies. You know what your side is, you can choose which of these reasons seem rational to you and whether you’ll take advantage of Uber’s service.