As daily in London arrive thousands of new faces eager to thresh the whole capital in an hour or two, the question of what transport to use while they’re staying is a very important one. With London’s lovely traffic, transport from A to B might take up the time you would gladly use to check out a gallery, museum, theatre or a bar or send you to a strange land which is just a remote part of London but to tourists getting lost is a big downfall clouding their dream trip. And if they decide to bet on a safer way of reaching their destination, cabs can cost them a small fortune. That’s why my post here says a few words on the kinds of cabs, what they are most suitable for and how to save a part of this small fortune for something more pleasant. 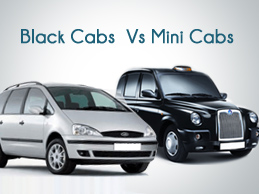 Aside from Uber, the most frequently used transport in London are minicabs and black cabs. Some time ago the institution taking care of the safety and regulation of all taxies were called Public Carriage Office; now it’s name is the famous LTPH – London Taxis and Private Hire. What that means is that today taxis are more often referred to as ‘black cabs’ and for the existence of the known ‘minicabs’ there is a law on private hire cars. Travelers  can be sure in both cars’ safety because they both hold a LTPH license updated twice a year and as for the drivers’ qualifications – both minicab and black cab drivers undergo the same tests, excluding The Knowledge which is mandatory only for taxi drivers.

Now that we’ve established there’s no difference in terms of legality and security, let’s look at the practical differences between the two cabs. Firstly, it’s important to know that minicabs must be booked ahead. You can book a minicab for your desired place and time over the phone, online or at an office but you cannot just hail such a car on the street, with the same success you can wait for any driver to stop and pick you up. And it is illegal for mini cabs to stop at taxi ranks so don’t count on finding an available one waiting around even at key spots like the airport. 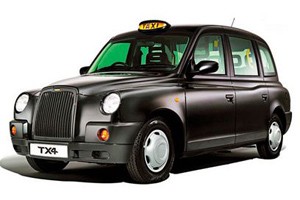 Now if getting a minicab cost so much additional efforts, why would you want to get one? Black cabs, recognizable by the fact that mini cabs are just regularly looking cars and black cabs are called like that for a reason, are great for an unpredicted occasion or when you haven’t planned a strict schedule for your trips around London but what their main disadvantage is the cost.  They operate with those hated things called taximeters, calculating fare for the time you’ve stayed in the car and keeping in mind whether it’s daytime or not. Minicabs do not use such taximeters and their plus side is that you know what you’re going to pay in advance – they calculate the cost of your minicab coming to pick you up and then returning to an office + what it would cost them to drive you.

Bottom line is – minicabs oblige you with booking a cab in advance, however they manage to charge a more bearable cost. What mustn’t be neglected though is that the benefit of using a minicab is significant only when it comes to longer transfers – if your distance is a rather short one, there will not be much difference between minicabs and black cabs; minicabs are efficient when going to the airport or to a distant part of town. And at the same time black cabs seem pricey but are perfect for when you’re in an unexpected hurry or just want to move it from one bar to another which is not that far. Think over what kind of a transfer yours is and pick a cab!