Saving Tips for London Tourists - Save up on Shows

Saving Tips for London Tourists – Save up on Shows

Many tourists love London’s streets, pubs, galleries, museums, even our shops! But, personally, I’ve noticed that the biggest love of London’s visitors, an sometimes locals, are the shows – the capital’s musicals are renown all over the world, people travel thousands of kilometers to see a band live not anywhere else, but in London, theatres are always crawling and take a leading place in festivals, ranks, issue headlines and what not more. And even on a night that is not special in any way and you’ve just gone out to hang, it’s very likely that you will end up at a local gig whose ticket turns out to be one of the best investments in the whole month or at a cabaret brightening your next few weeks! 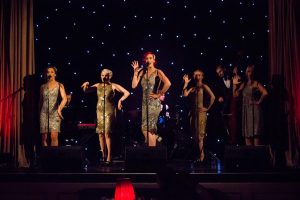 Unfortunately, to have the full package of London’s night shows, you will need an impressive amount of savings. Which I don’t approve of. London is an art and culture capital, not only the capital of Britain, so access to its great works should be granted to all! This is why, I will spend some time here telling you about the ways to have a bite, or even a whole 3 meal dinner, of London’s finest shows.

First, I want to remind you that you can get discounts on show tickets (and not only) if you have bought a London Pass – it offers deals on many of the city’s attractions, so it could be money well spent if you are planning to visit more than shows.
Also, you could think over the possibility of going as a group – of you are travelling with enough friends or have such that are locals, I advise you to invite them to the play, because group discounts are a real deal in London.

What I find is the most promising way to get yourself some affordable theatre or concert tickets is buying online! First, there are many websites that combine the last-minute offers which are usually for very desirable shows, not only those who can’t seem to ever sell out. Such hubs are Last Minute , Telegraph and more. You can also find discounts on tickets, just because they are online – they don’t need to be last-minute; you can browse through websites like Theatre Monkey , Stereoboard , Ticket Master or Love Theatre. Or you can just have a comparison between the different prices offered and make a decision about which offer is the most desirable at http://www.comparetheatretickets.com/.

Another great idea would be to buy (or sell for that matter) tickets which are bought but cannot be used – StubHub is the place to sell your tickets to some event which you cannot attend, you can find just the right event you thought you were going to miss because it was sold out!

Something you can do in combination with the other tips is to pick the right time for seeing a show – if there are week dates or early day options – they would cost significantly less and you know that they will be no worse than those who cost twice as much just because they are played at 8p.m. on Saturday. 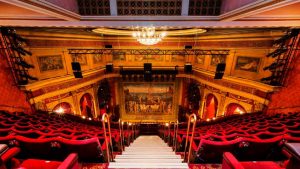 A thing you can do when you are especially looking for theatre tickets is to go to the TKTS booth in Leicester Square. It is a saving up option because the booth offers half-priced tickets for the show that is on this exact day and can even offer similar discounts on plays during the whole week! Just don’t forget to bring an extra pack of patience because you won’t be the only person eager to buy such tickets.

Shakespeare’s Globe, as you may already know, is another treasure for cost-effective show-going. Tickets sold there will cost you the symbolic sum of £5 with he only condition that you will be standing during the play. But to be honest, I doubt you could see anything unless you are standing, so…

And here is a bit of an alternative option for saving up on your play tickets – have you heard of London’s Fringe Theatres? Small theatres, away from London’s center or they could even be at some pub. I promise you, they rarely are a desperate try of unrecognized ‘artists’ to do something with their lives, as some people might think. On the contrary – they are innovative, fresh, unrestricted to usual stereotypes and often feature local (and even not that local) celebrities!

The last piece of advice I have particularly on theatre tickets is regarding the phenomenon of Travelex. The National Theatre has long had a partnership with Travelex meaning that there are a series of shows to which almost half the seats are sold at half-price (could even be less!), so if you are not yet set on a particular play – look up what Travelex discounts offer!

I also have a word for you if you are a more contemporary kind of show-consumer and prefer the latest trends in visual arts rather than theatre gatherings. London can offer unforgettable visual experiences in its huge modern cinemas, so maybe you would like to check them out as well. I think www.showgilmfirst.com is your best option – aside from keeping up with the latest releases, you can get free tickets to release dates before the official ones! 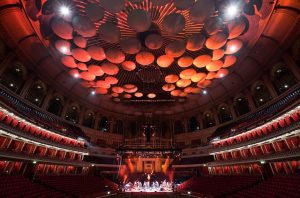 With concerts, the best approach is to follow latest news and make sure to spot your favorite band coming to London from the minute they announce it – the earlier, the cheaper, you know. So you can browse through some websites dedicated to London’s live music shows or even sign up for Newsletter like  Timeout’s.
And another thing about London is, that it is not just a top venue for concerts – many large festivals are also hosted here and you know how tickets’ prices tend to rise and rise and rise as the date gets closer to the start of the festival, so keep on track with these news too – Festivals.

You can also benefit from some London features when it comes to buying concert tickets.
Aside from its partnership with Travelex, The National Theatre strives even further to offer an unforgettable culture experience to those who cannot pay half a rent for it. There are regular free concerts of any kind (jazz, dance, whatever you can think of) – National Theare try to keep up with what’s on to grab the free tickets before they are out of such!

The National Gallery in London has engaged with a similar noble duty – it hosts free live music shows each Friday. It would be best to check out the concerts at the start of the week and grab a free ticket to start the weekend in a bright mood!

If you are a fan of classic art forms, especially British ones – who are we kidding, even if you’re not a fan they are still worth it – the Royal Opera House has some good news for you. There are a number of free lunchtime performances which you can book and easily get to enjoy the delight of listening to London’s Opera artists without paying!

I hope that these little tricks, websites and tips would indeed be of use to you, because in the impressive chaos of London it is hard to choose what you want to do tonight and then find the right place, let alone to manage to pay a bearable price for it. But when it comes to show entertainment, there are truly a lot of options and it is worth trying them, so that you can take as much as possible from the capital’s culture and art!