Chicken Shops - Cheap Food Option In London, Not Healthy Though

Chicken Shops – Cheap Food Option In London, Not Healthy Though

There is a typical sight in London that deserves special attention. It is not as fascinating and unique as the London Eye, Tower Bridge or Big Ben but rather a scene that slips by everyone’s eyesight but is there around all Londoners every day, during all hours and at many place and is actually as big an influence on the capital as any major attraction – London’s Chicken shops.
Now, I know that’s far from the first time you’ve read an odyssey on this hellishly seducing fast food, but still, with regard to the number of such shops in London there should be at least as many reviews of their pros and cons. And to top the others, I will try here to give you all the information there is in a convenient for fast-food eaters fast-to-read post. 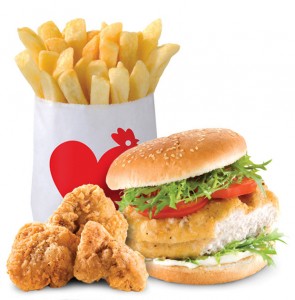 As London’s hustle and bustle has left pretty much everyone in the city with no time to even take out their trash, we don’t need to talk about how hard it is to find the time and energy to prepare home-cooked meals every few days at the least and even go to a restaurant and take a good hour to have decent lunch. Another reason for the chicken shops to be so popular around town is that they serve you sufficient calories for a very alluring price – you can order whatever kind of chicken you like for the rarely seen price of £2-4 and sides for even less; there has even been a remembered in the chicken niche revolution of selling 2 hamburgers for £2! I have to admit, the only similar price of a meal you can find is in Tesco where food is not usually ready to eat, not looking so well and does not compel you to come in with its smell. And not to leave out the most obvious fact of all – chicken shops are all around us for crying out loud! It’s like they’re ganging up to shark up every Londoner’s soul….Chicken Cottage, Rooster Hut, Morley’s, Sam’s, Western Fried Chicken and countless more small London businesses which are not exactly that small anymore. There are even awards people, how further can it get?

I know it is delicious, believe me, I do, and I get how easy it is to be drawn by the smell and the prospect of paying as little as possible for a fried tasty meal which you eat for a few minutes and then continue with what you want to do with your time. But with this many fried agents of 21st century health challenge we owe to ourselves the effort to think a lot more on what we choose to eat for lunch. It’s not like we decide once a week or even once in two weeks to spoil ourselves and afford the tons of oil, chicken shops are constantly a couple of steps away and so we stuff our organisms with fried bombs each and every day! Nothing so excessive can be good…

First of all, think about all the children in London. Chicken shops are ominously surrounding schools, parks, basically every place you can find groups of peers wandering about. And it is natural that during their days out they opt for the tasty big burgers at the closest fast food chain; even if they’re not so keen on body parts soaked with grease then they are left pretty much alone and have to chose between spending the break alone chewing their salad or go with their friends and have a laugh over some wings. Do you see a correlation here between children’s food options and the fact that a scaring percent of them are obese? And let’s face it, today obesity is not a matter of a child going through puberty or the emerging beauty of curves which should be valued at least as much as skinny hangers. No, that is just a way to obscure the problem – today’s kids, and not only them, are mostly wracking their health with too much weight, too much fat and too much of the wrong ingredients. And if a body’s strength is diminished from the very first years in which it is supposed rather to be brought up – you can’t expect anything good from the years to come

At some areas of London chicken shops are forbidden by law if they are in direct proximity to schools, yet most of the capital remains flooded with greasy cooked bird parts. It is first a matter of decision and health intelligence to limit youngsters’ habits of leading a destructive daily life from such an early age. 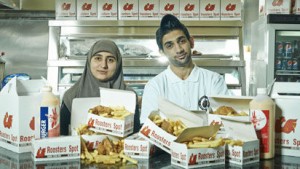 But I don’t think we should restrain ourselves to children. What about adults? When they were 11 they may have been better nurtured but this does not make them invincible. The merits of obesity are no less frightening among adults. With all the factors shooting up our health today, I think the last thing we need is to voluntarily damp our chances of survival by not providing even half of what our bodies need. I don’t mean to preach lifestyle lessons here or teach you about the importance of refraining from 2/3 of your favorite things of the day but as much as we like the crunchy taste of ribs and the prospect of saving some money, pretending that this kind of food is not indeed a poison isn’t a beneficial move at all.

We all know are bodies are not working optimally when satiated with grease to the fullest point, but aside from that, an increasing issue is the topic of what else is in chicken. Maybe not all chicken shops are using the lowest quality meat, however, as their prices are so astonishingly low, I think it safe to say most of them do. Today chicken meat does not come from an old farmer family living outside the big cities and getting up at 5a.m. every day to take care of the livestock as they take care of their children. Chicken comes from filthy and cruel providers which feed the animals with the worst chemical mixtures they could think of so that they are ready to be chopped up as soon as possible and look as full as they can for the mere days they’ve lived. Also, after their days of stuffing are over, birds are usually poured over with some more chemicals in order to stay seemingly fresh for a disturbing amount of time. As a whole, you’re not simply eating unhealthily cooked food, you’re eating food that is fed and saturated with a wide range of poisons.

Yes, chicken shops serve delicious food, they are very good for you wallet and at some cases they might even be somewhat healthy. And it is a fact that eating at one such is inevitable, it’s not a problem to give in from time to time. But remember all the facts regarding obesity, chemicals and your body’s welfare the next time you walk by a chicken shop – it might downgrade the frequency of fast food intake to a completely wholesome level!