One night out in Shoreditch

One night out in Shoreditch

Beautiful enough, more than enough actually, during the day, the East End of London is not only suitable for daily excitement. Shoreditch is also a byword for nightlife. Let’s talk more about that. When I decided to take a night in the emblematic district of Shoreditch and pay particular attention to what I experience, I should say I had a rather satisfying trip. Here’s what me and a kind enough to accompany me friend of mine went through during this walk-about. 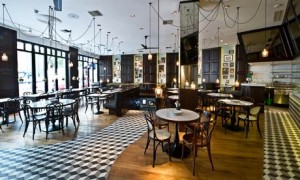 What a night would it be without embarking on our journey with a full stomach? Personally, Indian food is one of the best treats my appetite could be pampered with, so I said ‘’We might end up in the liveliest place in London and not ever want to leave, but we might also go home at 9:30 utterly disappointed – you never know. So, we deserve to at least spoil ourselves this little treat in advance.’’ I had previously heard of Dishoom being a very good choice especially for the prices they have, but I had never got down to trying it out myself until this fateful moment. At first I couldn’t see what the fuss was all about – the interior of the place, in my opinion, is closer to one of the café on your street or at the very best – a close by diner you go to because you have no choice in the short lunch break your boss would grant you. But there was no going back, we decided to stay and see what the deal was.

And I’m glad we did, the atmosphere turned to be quite pleasant, at least at the beginning – the later it gets, the more people rush in and once it gets too crowded you know you cannot have such a good time while trying to hear what your friend is telling you. I must say that the staff was very friendly and helpful – as we weren’t familiar with the menu, we needed some help choosing and the waiter was more than happy to provide it. I don’t know if we were lucky or he managed to pick out our tastes, but at the end our dishes were excellent! I recommend the black daal, the mahi tikka and the naans had quite the soft taste to them. Moreover, there are special gluten-free and dairy-free menus, children suitable food and delicious deserts. And yes, the price is a big advantage – you can have a full table for forty something. Overall, I can say I’d go back again there!

My favorite part! I know, I should be a bit more impartial…But so many colors, vibes, sounds, I really love Barrio East. Just look at the photo – it seems like you’ve entered a peculiar garden which is a hybrid between the best of the 70’s cafes and clubs and the best of what film makers fondly depict as ‘the foreseeable future’ – and the best part is it’s situated in the present! Oh, I forgot to mention that our aim with going to Barrio East was for the cocktails they serve. As expected – they have the cutest little menus. Oh, the bar staff usually does miracle with their £9 drinks; I’ve heard some of my friends saying they didn’t see what’s enjoyable about Barrio’s cocktails, but the two of us were delighted. 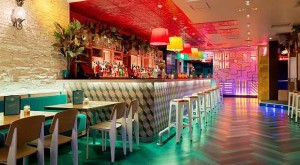 I don’t mean to underestimate the rest of the service – everyone was nice, kind and seemed to be concerned with how your night is going. If you happen to visit on a week night – it won’t be the same, the place is close to empty and that way the whole atmosphere changes. However on weekend nights – I highly recommend this venue.

We’re not that ancient, plus we were trying to make a venture worth writing about, so after our cocktails our next destination was, well, just across the street (I said we were on a venture, not a marathon…). Cargo is a club known for always being full. This inevitably means queues, at least if you’re trying to get in later than 5pm. That really puts me off, but I guess you can’t expect anything else this late without a reservation.

Cargo was built on top of railway arches which is quite inventive I think. It’s nice that there are several rooms with different types of music so that everyone could find what they’re looking for, but to be honest all the music in the rooms was not that well picked…The drinks were way overpriced and the atmosphere inside wasn’t what I expected. But what was the worst was the staff, I don’t want to get into details, let’s say you really don’t want to live through the bouncers, seriously. I wish we had made a longer walk to a club after all. 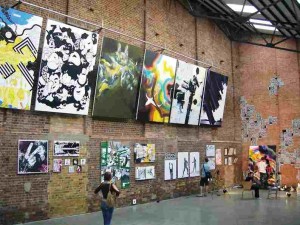 And that’s what we did – we decided it wasn’t worth calling it a night just because of one bad choice. So we headed to another club – Village Underground. My friend was rambling on about how many events a month the club hosts. Thankfully, it turned out to be a nice change. The place looks nice on the inside, spacious but not too big so you feel like you’re partying in a huge storage. The bouncers, again, weren’t very pleasant, but the rest of the staff was okay for a night club.

What’s nice about Village club is that it hosts variable events – concerts, theatres, exhibitions, live arts and so on. This policy leads to a very high ‘art traffic’ and an enjoyable bohemian vibe. I wouldn’t say it is my first choice for a clubbing venue, but I don’t regret it. Another advantage is that the prices are pretty bearable – both for entrance (£25) and for drinks (£5-£12). If you look at the lit with upcoming events and spot a favorite performer – going there could make up a very nice break from daily routine.

That was what a night out looks like for me in Shoreditch, it takes a few hours to go through four places at once and if you decide to go on your own trip, you’d probably have a different list of spots, but I hope my story has helped with getting this list together.