Anyone who’s ever been to London and has tasted the capital’s nightlife at least once, would probably passionately support a new law obligating dreadful places to put neon signs saying ‘Avoid like the plague!’ above their entrances. I promise to do my best to propose such an enforcement but until then I can at least help you see this sign in your head when walking around in search for tonight’s club or when browsing among misleading photos all over the internet. Take the time and get yourself prepared to denude your night of London’s hell holes dressed as clubs. 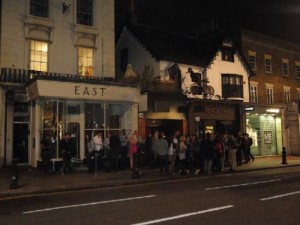 Here comes the first batch of unbelievable rude service, dingy surroundings and utterly inadequate prices. What can I tell you about this ‘’royal’’ club… First of all, if you are male, do keep in mind that you will pay at least twice what girls pay for entrance or what you’d pay somewhere else; it does not matter what any flyer, ad, website, invitation or even sign on the door says – if you are guy, you’re paying; you’re paying a lot. And if you happen to be a girl, you might get in for free once a full moon but don’t count on that either, even if they say so. Plus, in that case you might be a little hesitant when the bouncer starts talking to you as if you’re an escort or when you finally go inside – finally, because a rule at King’s Club is that you are obliged to stand from 20 to 40 minutes out in the cold and raining even if you have a reservation – and see intimidating groups around the tables waiting to start a fight about whatever – believe what you see, the surrounding is not safe indeed. On top of everything else, King’s Club is the size of an attic, even I you book a table for a hundred people you will get an information desk with 3 chairs and be stuffed around it. And for that pleasure you are paying a great price…drinks are obviously made of gold, service charge is just ridiculously expensive with regard to the 100% unhelpfulness and rudeness of everyone who works there. If someone’s inviting you for free drinks – sail away…

The Slug at Fulham 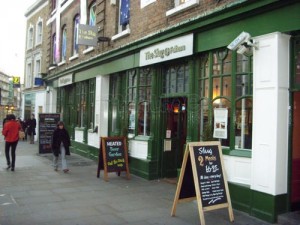 The Slug at Fulham

I am not sure whether I need to warn you about that one because chances are you’ll never get in either way. Yep, you might have already heard it – bouncer, managers, whoever, picks by chance who they would let inside. It’s such a heartwarming experience to have been waiting at an enormous queue when finally you approach a bounce and he turns you away because…you’re not male or you’re not female, or you’re not an orthodox Jewish or not a magic practitioner or any other absurd reason they’ll come up with, not even trying to hide that they’re just letting in those who they personally like. Especially if you’re not Caucasian, you can forget about ever getting in, even in your best clothes and luck…Such a racist, loathsome attitude is just unbelievable. And the same tradition continues inside – be prepared any moment to be asked by some impudent waiter or manager to leave for no apparent reason. With regard to the appalling attitude in that hole, I still don’t see why there are queues in the first place; dealing with The Slug’s rudeness and insolence is not in any way worth it just to enter this unimpressive dungeon. If you decide to try it for some reason, think again whether you have the time and nerves to spare. 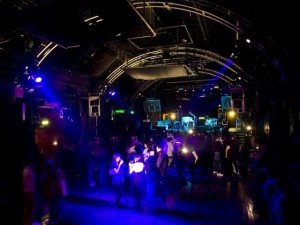 Another symbol of politeness. ‘’Heaven’’ obviously takes its name from the fact that it is a ‘promised land’ or something similar – supernatural forces choose whether you will enter or not. The club is famous for turning away masses of completely sober decent clubbers with the audacity to give them health advice on what they should drink, eat, take and then come back to beg for forgiveness; I don’t see how they  expect anyone to return to such attitude. On top of all that, if you are one of the chosen one and somehow enter, you will be very surprised to see not a few unrecognizably drunk fellows – well, don’t be surprised, this is not a rarity for ‘’Heaven’’. Even ignoring the not so minor obstacle that Heaven’s bouncers play a wicked game of picking clubbers, no matter if the club is almost empty, as if it is reserved for a meeting of the illuminates, the club still does not manage to maintain a decent reputation; every drinks if far too expensive for a club of such rank and what you pay for service is way too much for rudeness all the way from to bouncer to the manager. Nobody is important enough for the attention of a waiter, your problems or needs are far too minor to be considered by the staff, people have even been violently thrown out for no reason. As a whole, a waste of time at the best case scenario… 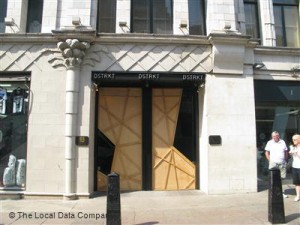 You’re probably fed up with reading about places which don’t allow perfectly normal and appropriately behaving people in but I believe you wouldn’t want to waste a night on a dreadful queue in the rain just to be insulted. Dstrkt London goes beyond rudeness, it is a leader in our rank – the club has even been taken to court for discrimination; discrimination over all you can think of. Try booking a table weeks ahead, try paying for your table, try getting all the names of your group written down with big letters on the sheet of paper the bouncer’s holding – no power will force Dstrkt London to let you in once you’ve arrived. Also, I think they should be taken to court for more reasons. I am lucky enough to have avoided most of Dstrkt London’s tricks, but even ignoring the high prices for such a hole furniture with left out tables, chairs, ‘art’ and so on, there is a fair chance you will buy yourself a poisoning with your drink. The club has a habit of offering free alcohol and if you stay enough hours to see it, be sure you only want to see it, not swallow it. For regular drinks you will be waiting long enough to forget whether you were drunk or you are just too bored. And in the glorious atmosphere of an underpass even the best of drinks wouldn’t be able to brighten your mood. 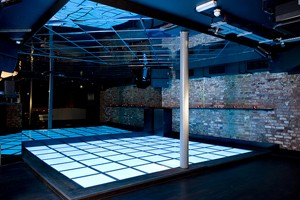 With regard to the fact that this club is almost always empty, my first guess was that it had already done my job and made it clear to all Londoners and tourists that it a non-grata territory. However, I cannot follow the right math laws which lead to me hearing about so many people still trying to spend a nice night at the Embargo 59! Since there are still enough misfortunate souls to set their foot in this club, I should straightforwardly state how bad of a decision this is…You know all those tricks with free alcohol, half prices, free entry, half entry, ladies’ nights and whatever else you can come up with? That is just a joke to Embargo 59; they will do their best to attract clientele with such offers and then squeeze out of them more money than their regular prices would. And even if you can afford it, I doubt you would like to afford waiting a good hour in front of the club until it opens (because opening hours are whatever the staff likes today) or to be welcomed and waited by a member of a misanthropic cult or even have the pleasure of being shouted at by the manager, not because he assumed you did something inappropriate but because you had a problem with the club… For years now Embargo 59 has been insolent enough to shamelessly lie to potential clients, foursquare insult them in their faces while charging them way more than a decent club would and offering absolutely nothing to compensate all that. Seriously, no reason to be attracted by this club. 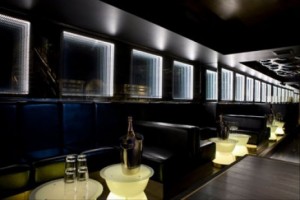 First time you hear of Miabella you might get the thought that with such a delicate name it is the perfect place to spend a lively yet sophisticated night out. Nothing of the sort. Apart from the usual ‘no entry for those whose ties I don’t like tonight’ the Miabella ‘stands out’ with numerous absurdities. Firstly, there are many so-called private parties at the Miabella for which the club does not bother to warn in time so as to earn more money for the night; be prepared at any time of the evening, regardless of when you’ve arrived or how early it is, to be asked to drink and leave, Miabella does not hesitate to literally rob its clients! There is also a possibility to be thrown out even without a private party coming up; someone of the staff might have tasted too much drinks or might just not be in the mood – for that a random clubber will have to go because…they are misbehaving by sitting at their table and drinking from a glass. And don’t bother trying to take your problem to a higher level – the manager of Miabella will not do much better; he evidently takes joy in arrogantly shouting at his clients before having heard what they have to say – they should make arrogant attitude a sport discipline at that club…Combined with the really-not-so-marvelous drinks and the fact that all cocktails usually must be ordered before 10p.m. for no apparent reason, the Miabella manages to offer a complete nothing to London’s clubbers. I personally don’t see a reason to waste a night of my life at Miabella, however, I wish you the best of luck if you decide to try.

London’s night scene is a fierce rival for approval and all locals and non-locals who have been out even one evening know this. Yet so many venues at the capital choose to ease their competition and offer ridiculous service, products, prices and what not more. Usually that decision is their own problem but really a lot of London lovers go out every night, sometimes excited for their one free night for a long time or their special occasion like a birthday or anniversary, and are unmercifully left disappointed and often insulted. If you feel you cannot afford such a waste of your time, energy and good mood – keep in mind all those places you just read about. If you happen to not believe my harsh accusations, you could always try to disprove me and gather new evidence for one of those clubs – try them out and write back about your own impressions. Or just play safe when planning your night and read some more optimistic lists of London’s best clubs or London’s best bars. Either way, have an unforgettable experience!