London is the cradle of the ancient and modern culture, (according to universal beliefs), something more of a collective image of alluring and enigmatic sightseeing. Our comprehensive guide will point the strong aspects even to the extent of being obsessive, but it is a crime to be unfamiliar of some of the most famous treasures that influences the development of tourism in the region nowadays. Everybody should take time to visit these remarkable places in London. They are standing there with dignity and lavishness. I could not forget how amazed I was to be so close to evolution steps of historic heritage from the past to modern art. That selective mix of recognizable attractions capture the attention of the whole world. Why not, all of them represented here formulate genius and creativity. Our admiration for those human inventions makes the history lives forever.

My lovely story about London will occupy your time to unravel as much as possible attractions like theatres, museums, palaces, galleries and others.

Honeyed recipe for going out in London

1. Dedicate your time to the silhouette of modern and ancient beauty at the British Museum.

The comprehensive guide to Museum galleries points out millions of possessions of kings and peasant’s implements which were used in rituals, mysterious rites and everyday work. The British Museum is the main culprit for the preservation of the past. Ancient Egyptian mummies buried in a decorated coffins challenge the curiosity of visitors. The objects on display like portraits, painted caskets, death masks and other items commemorate Egyptian Pharaohs. Exploring mummification processes and rituals of death it is apparent that everything supported the Egyptian ideas of immortality. Catch a sight of how extraordinary Elgin Marbles adorned all Greek temples in Athens the fifth century BCE. All monuments represented scenes from Greek mythology. British Museum unveils the story line of glory, triumph and mystique.

2. Arriving at Madame Tussauds, streams of people have the chance to pose for photos with the wax famous people. 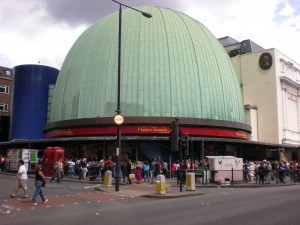 Hordes of excited visitors jostle everyday to pass through the doors of Madame Tussaud’s wax Museum in London. The show of wax effigies started its existence in 1802 and it has been multiplying ever since.
Walk through this waxwork paradise and see extremely popular faces from film, Bollywood, party, world to sport and culture.

There are now more than 300 models in the collection: the original figures of pop sensation, One Direction, pose for fans in a permanent residence; stunningly likelike models of British’s royal couple Kate and William adorn the most inspirational venue in London; a series of sports legends like Muhammad Ali, Nadal, Messi and others get immortalized with a wax statues.

The original models, created by talented sculptures, wow the public with glamour and glitz. The wax exhibition of favourite stars satisfies the overwhelming urge to get face-to-face with them.

3. Enjoy great views of the capital on the London Eye.

The coca-cola London Eye is located on the South bank of the River Thames. It is one of the world’s largest observation wheels that will show the passengers all the capitals sights in 30 minutes. For example, Buckingham palace and St Paul’s Cathedral are close enough to be seen on a clear day.
Get tickets in advance and combine with river cruise, champagne and afternoon tea.