Although nowadays London offers countless ‘modern’ attractions such as gigs, theaters, cinemas, luxury bars and restaurants  and emblematic tours to sights such as the London Eye, many many tourists still come here for the rich historical heritage that has established Britain as one of the cultural polises of the world. For centuries the richest and most prominent members of Europe’s society have traveled to London to enjoy and praise the various exhibits in museums and galleries and today, especially for those who know a little bit about the world’s history and the history of arts, the capital of Britain offers incomparable collections of the most peculiar artifact that were discovered ling ago.

One of the most valued, or probably the sole most valued, places is namely The British Museum; its only rival is maybe The National Gallery but even that is not a sure fact. The permanent collection of The British Museum currently numbers around 8 million pieces telling their stories on history of the human, of art and culture. This is one of the top collections ever to be gathered in one place and the exhibits originate from all over the world! Meaning that it does not matter that you are residing in Europe – don’t expect to get a detailed history of what has happened to the locals for the past 5-6 centuries; The British Museum covers an immense timeline of eras and events from the very beginning of human history up to today’s modern culture!

Some History of The British Museum 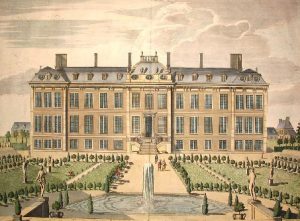 The First Home of The British Museum

The British Museum first opened its doors back in 1759 after 6 years of establishing. It was located at the very same spot that it occupies today but with the tiny difference that then most of its artifacts were collected by the famous scientist Sir Hans Sloane and while still impressive they were not as many as today. As decades passed by The British Museum somehow got…crowded. Literally. With its rapid development also grew the need for space and for further specialization of the collections – this is how a part of it, containing all the books and manuscripts since the very beginning, turned into a separate institution – The British Library which today is no less impressive and precious than the museum itself. Another category of artifacts were also divided and that is how the Natural History Museum came to our world! After many twists and turns, divisions, expansions, critics that there was not enough space for the exhibits, today The British Museum hosts more than 6.8 million visitors per year which made it rank as the third most popular museum in the world in 2015, it stretches its treasures on the area of around 807, 000 square feet, allocated in 94 separate galleries!

One of the most popular features of The British Museum is that it has done a great deed by providing a large database that can be accessed from all over the world; up to now there is not another museum with a database as broad as the British Museum’s one! There are about 2 million separate objects available online and more than half a million of them include illustrations. After the database was created in 2012 the website has grown largely in popularity and data from as early as 2013 show that almost 20 million visitors used the database this year solely. Imagine what kind of traffic they get today! And judging by the increase in visitors of the museum itself in 2013 that database move was a huge success.

The Highlights of The British Museum 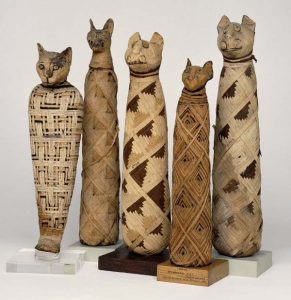 Cat Mummies at The British Museum

Some of the most popular pieces stored at the museum include the Portland Vase – made in Rome between 5 and 25 AD which has been restored several times now but with almost no visible traces of the damage; the Colossal Granite Head of Amenhotep II – the massive piece weighing 4 tons which was the exquisite work of Egyptians over 13 centuries BC; the Hoa Hakananai’a – the statue of an original Easter Island ancestor; the Aztec Double-Headed Serpent dating back to 15-16th century and of course the miraculously preserved cat mummies from the late periods of Egypt (around the 1st century) – you can see closely the fine technique and wrapping and even what the mummies were buried with!

Some of the exhibits are very famous even outside the realms of the museum. For example, the Lewis Chessmen – probably the best work of Icelandic, English, Scottish and Norse craftsmen during the 12th century – were shown in a Harry Potter movie: ‘’Harry Potter and the Philosopher’s Stone’’ so pretty much any fan would be ecstatic to have a glimpse at the ivory and bone figures live.

For those who cannot actually pick only a few objects to view in the museum but at the same time cannot spend several days wandering around, British Museum offers 1 and 3-hour organized walks which show the most significant exhibits that the museum takes pride in. You can look at the 1-Hour and 3-Hour offers and see whether they are a good choice for your visit!

If you would, however, prefer to come up with your personal plan and visit the pieces that interest you particularly, don’t be frightened by the millions you’d have to browse in preparation! You can take a look at the different departments at the British Museum and decide which topic/continent/culture/era intrigue you the most. So far the museum boasts 10 different departments, one of which is the Conservation and Scientific Research department dedicated to preserving and restoring more and more objects. The rest of them, open for visitors are:
Africa, Oceania and the Americas
Ancient Egypt and Sudan
Asia
Coins and Medals
Greece and Rome
Middle East
Portable Antiques and Treasure
Britain, Europe and Prehistory
Prints and Drawings

If you are not yet sure which of the divisions will be the most exciting for you, you should take the time to read something about them and get to know their most eminent exhibits. Unless, of course, you already know that all of them must be visited! 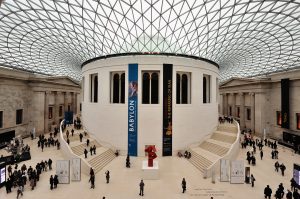 And finally one of the really great things about the British Museum! Some of you may already know this, but it is worth repeating for the mishearing: the same as in many more British museums the entry to this one is completely free! Sometimes if an exhibition is loaned from another museum, you may have to pay a reasonable fee, but all the mentioned pieces can be seen for free.
The British Museum also has a very convenient working schedule. Except for the 24-26 of December and the 1st of January, it is open every single day of the year from 10:00 to 17:30. What is more, on Fridays galleries stay open late – until 20:30!

Though, if you want to be completely sure that your favorite gallery will indeed be open – check the list of the galleries temporary closed for maintenance Here. It takes only a second and can save you a lot of time and energy!

No post can say enough about the gigantic magnificent British Museum and all of its mesmerizing galleries. But after all, you can’t find out enough about it without seeing it firsthand. I hope I have managed to help you clear out a plan for your visit or at least to have attracted your interest to the complete must-see that The British Museum is. Prepare a good breakfast, clear out the rest of the day and devote the necessary hours to dive in this immense history pool! You are always welcome to share with us your impression in the comment section!