Must-Try Things in London This Summer

1.The Sky is the Limit 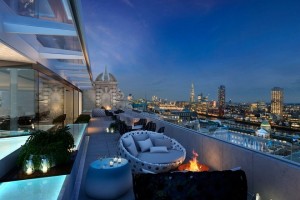 Here we are talking about rooftops. And this year many of the much loved British and International DJs and Party-Starters are hosting big events atop London’s lead nightclubs and bars. Places such as Dalston Roof Park, South Place Hotel and Queen of Hoxton will be the “in” for every tourist who would like to party by dawn while admiring City’s historical and cultural confluence.

The festival which lasts till Sunday 19th July offers its visitors a mixture of top-notch comedy, musical entertainment and outlandish cabaret. The food stalls, Pimm’s Shed and the big on-site bar can be visited without buying a show ticket so there is no excuse for the tourists not to pay a visit to the happening…and see the fat purple cow that sits on the South Bank.

3.Lazy bones in the Park 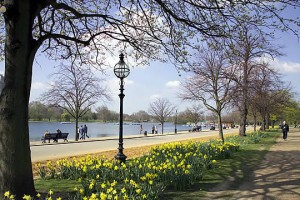 One of the best perks about staying in London is the abundance of green places which are free to the general public. Hyde Park, Regent’s Park, Hempstead Heath and Victoria’s Park are a few places to mention for spending the afternoon sunbathing, snoozing or picnicking with friends.

This year is the twentieth edition of the famous London Dragon Boat Festival, so the tourist may expect that the celebrations and parties will be bolder and bigger than usual. During the contests there are martial art displays to keep the crowd entertained. Also, you can enjoy live music and traditional Chinese lion dances, in rhythm of a food festival adding up spicy notes to the Asian experience.

There are plenty of beer gardens through the City offering top-notch drinks and gourmet barbecues on the go, also by getting a mildly sunburnt during your lazy afternoon. One of the best places are The Castle, The Albion, and Crooked Billet.

6.Film Night Out Under the Stars 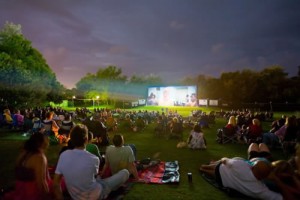 Outdoor Cinema in London Under the Stars

London’s number of film screenings has been constantly growing throughout the years and now is bigger than ever. Big-screen film showings with the line-ups covering everything from light-hearted and well-loved comedies to Hollywood’s forever Classics in places like Trafalgar Square, Somerset House as well as The Floating Cinema and Nomad.

How said that ice-cream is only for children? Blood orange, amaretto and apricot, sour cherry ripple are one of the many mouthwatering flavours you can wrap your tongue around – all of which you can try during your visit in the City. Places such as Gelupo, William Curely and Scoop would offer you a variety of ice-cream tastes which would satisfy even the most pretentious consumers.