Every trip must be marked by the most emblematic things to be done and seen at the place you’re travelling to. You must eat some pasta in Italy, drink a lot of vodka in Russia and take a photo with the Eiffel Tower in Paris! If you disobey those rules, it’s almost as if you’ve just dreamed of these places and not actually visited them…When we’re talking about London, there might be people debating what exactly the icons of the city are. 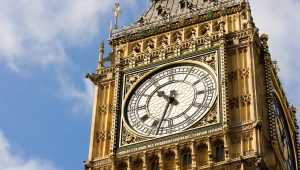 To help us decide – go on and think of a movie or a series that you know has been shot in London city (or at least is said to be) and take a second to think about what gave it away. What was the scenery you saw at least once to convince you that ‘’Yes, this is Great Britain’s capital!’’? I can place a bet on it – it must have been the Big Ben! Probably with a red double-decker somewhere too, but most importantly the Big Ben. So we might confidently say that London is pretty well defined by this magnificent tower risen above the whole city as a manifestation of Britain’s power, creativity and glamour – Big Ben is the first thing that catches you eye while landing at Heathrow and it reminds you of its existence each hour with the mesmerizing chimes. And this makes it completely forbidden to pass by London and claim to have seen it without first seeing the full glory of the Clock Tower at the north end of the Palace of Westminster! If you don’t trust me – trust the 2,000 participants in the poll which pronounced Big Ben as the most famous London landmark. 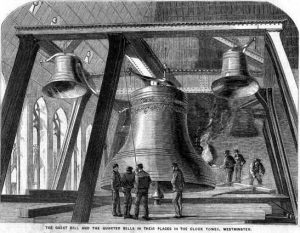 The Huge Bell Inside

To be more precise, for the last 4 years or so, the Clock Tower has actually been called The Elizabeth Tower in honor of Queen Elizabeth II for her diamond jubilee. But everyone just calls it the Clock Tower or better yet – just Big Ben. Before Big Ben was given the dedication to the beloved queen, there had already been enough theories about its name. The whole palace, including the tower, was built in the middle of the 19th century after the previous Palace of Westminster was tragically destroyed in a fire. Of course the current building is an immense improvement; the famous Charles Barry who came up with the design for the building had already settled on a neo-gothic architecture to provide the necessary feeling of mightiness when he gave the project for the tower to Augustus Pugin who has claimed himself that the Clock Tower is without a doubt the hardest he has ever worked!
With its impressive height of 325 feet the tower is one of the highest building in London. And the Great Bell inside it – what you know as Big Ben – is truly a work of art which took a lot of time and effort to be established. The current bell is actually not the initial one – back in 1956 a 16-ton bell was tested and unfortunately it didn’t stand up to the test – it cracked and couldn’t be repaired. It is said that the name of Sir Benjamin Hall (an important figure at the palace) was inscribed in this first bell in his honor and that is the precise reason it is called Big Ben. But this is just a theory.
So after the original bell was no longer suitable for use, they decided to cool down a little and replaced it with a slightly smaller one – weighing only 13.5 tons. Light as a feather. This one cracked too, just several months after its first chime, however, this time repair was possible – today every time we hear the powerful chime of the bell, we are listening to a slightly different sound than the original, because the repair work included chipping a piece out of the bell and rotating it a bit.
But even with this change, the sound of the Big Ben is just beautiful and is a true synonym of celebrating New Year, for example. New Year’s Eve is literally the peak of Big Ben’s glory – with all the decorations and the awareness that there are millions of people quietly staring at the hands of the clock seconds before the next year. And it’s always best to hear the chimes live, not on the radio!

My guess is not many of you even know that the tower can actually be visited. Yes, visits inside the building are allowed, after a strict security check, of course. Unfortunately, there is an annoying rule that would let only UK citizens visit… I am truly sorry for the overseas tourists – they are missing out on a lot. 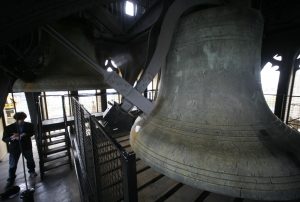 Inside The Clock Tower

Even for a local the trouble you have to go through in order to get the chance to climb up to the clock and the bell a little bit too much. First you have to contact your MP to present you and arrange a visit on a specific date and at a specific time. This arrangement is of course during working hours – from Monday to Friday between 09:00 and 17:00, so if you have a job chances are you will have to take a day off. But it is absolutely worth it. And so is the climbing the 334 stairs! All the way through you will be accompanied by a highly qualified guide who will tell you quite a lot about the history of the building! And when you have finally made it to the top…well, there is no gig that can be compared to the powerful vibration of the whole building during the bell’s chime! And the sight of the huge clock mechanism from inside, the same clock that you see on movies, on your walk out around London streets, on postcards and what not more, is mesmerizing. The only downside is that you are not allowed to take photos, but believe me, you will vibrantly remember the scene for years and years! And on the bright side – in 2017 the tower is expected to go under a renovation which will include adding an elevator!
So if you happen to be a UK citizen, contact your MP and get your chance of experiencing this unique tour, I recommend it first-hand! And as for the tourists who are non-UK residents, I will keep my fingers crossed that this rule will somehow be altered!
If by any odd chance you weren’t convinced that taking the time to go to the Clock Tower, gaze at it for a few minutes, wait for the new hour to begin to hear loudly and vibrantly the sound of Big Ben, even feel it on the ground and walls and if possible – have a peek inside the whole miracle of the tower, I am sure I managed to shoot this experience up in the list of your priorities when visiting London! Plan your visit, hopefully book one through your MP and when you’ve finished your thrilling London experience (just make sure you won’t go during the renovation in 2017) – share with us in the comment section what you think of Big Ben, what is its best feature or even if you have any idea on how to make it available to other tourists!