Expecting a pastry shop? Nope, don’t be fooled by the name of this praised restaurant. This is another great example on our websites for the diversity of cuisines in London.

First off you might want to take a sneak peek at what the restaurant offers:

Interested already? You’re not alone – Cinnamon club can proudly brag about having one of the best ratings in London with most of its customers giving 5 stars and stating their excitement about pretty much everything you look for in a restaurant.

This venue has managed to accumulate an immense list of dishes through the years, yet the chefs do not cease to work on making the menu even larger. That is expectedly one of Cinnamon Club’s most appealing features – whatever your personal taste, you could easily find something that both suits you and is in its way a traditional Indian dish. Some of the most popular dishes are the Tandoori Giant Prawns, the Lobster, the Lamb Curry, the Rajasthani Lamb Rack, the Baked Wild African Prawn Kadhai, the Squab Pigeon with Black Lentils and not to forget the beautifully served breakfast Kedgeree with Smoked Haddock and Poached Egg or the tasty deserts – Warm Chocolate Mousse with White Chocolate Ice Cream and the Chocolate Fondant. 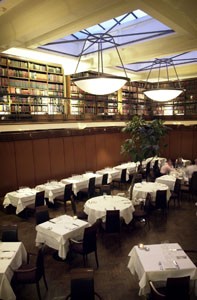 Apart from the extensive food menu, visitors of the Cinnamon Club leave the place quite happy with its cocktail bar – turns out the venue is not only successful in mixing food flavors, the same goes for drinks. And what is more, Cinnamon Club also offers a Cocktail Master Class with extremely helpful mixologist giving you the experience of preparing kick-ass drinks by yourself and of course having a blast through the whole evening.

Cinnamon Club has a team of whole 18 chefs lead by the famous Vivek Singh, whose creative approach and eye for the magic of food presentation is the reason this restaurant has won such a number of awards. But even though the menu is most important for every dining venue, it is not enough to cook well and the owner is completely aware of this fact. Singh has written many cookbooks and worked in many renowned restaurants (winning awards for them as well) so he knows how to keep his clientele interested. Not only does he change the menu of the club every season, alluring old and new customers, but he has done a great job with providing the place with just the vibe it needs. The Cinnamon Club is actually situated in the former Old Westminster Library – Grade II-listed Victorian charming building. Today it remains similar to its onetime look with the high ceilings and the book-lined walls reminding of a gallery. This seems to attract many power brokers and politicians of the Westminster. They have clearly concurred with the common opinion that Cinnamon’s fine interior is the perfect character which compliments the sort of kitchen. 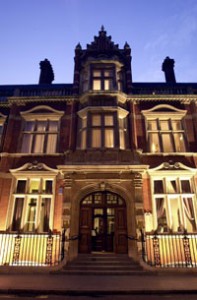 Another detail about the restaurant is the service – nobody would like to have their evening at a great place ruined by an inattentive ungracious waiter. Luckily that is not the case with Cinnamon – its staff is flawless in their duties and no request is a problem with them.
But I am starting to feel a bit uncomfortable rambling on about how awesome every single side of Cinnamon Club is. After all you’ve read, I shouldn’t fail to warn you – when you first hear of an Indian restaurant, you usually keep in mind that a takeaway or home delivery order is always an option, but in Cinnamon these offers are not available. And to be honest, who would make the effort of creating such a fine venue and gracefully presented food only to toss it in a few boxes and drive with it to any part of London?
And lastly, it is essential to be informed of the price range of Cinnamon Club. Generally, a meal for two would cost you around £80 – most people say that the drinks are rather pricey, although the food is not for free but the ratio what you get to what you pay for seems to be more reasonable.

Pricey or not, Cinnamon Club is the right choice if you are up for an occasion that you want to remember – a table for two, a dinner with friends or even a private event – the restaurant can live up to your expectations.